Written by Faris Naji
Updated over a week ago

The cutting-edge of genomics research is to perform analysis on a single-cell level and move away from averaging the signal of thousands or millions of cells. To measure the gene expression profiles of thousands of cells, scientists use single-cell RNA-seq (scRNA-seq) experiments. Regardless of the protocol used to measure and sequence the RNA levels, the bench scientist is left with enormous amounts of data in the form of a count matrix. Tercen implements state of the art scRNA-seq processing packages in an easy to use manner so that the scientist can go from counts to knowledge in a fast, intelligible and reproducible manner. Request a demo today to learn more about Single-cell RNA-seq. 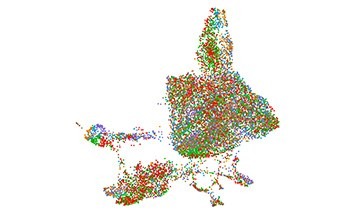 Explore in Tercen
Did this answer your question?